The Gift of Teaching. 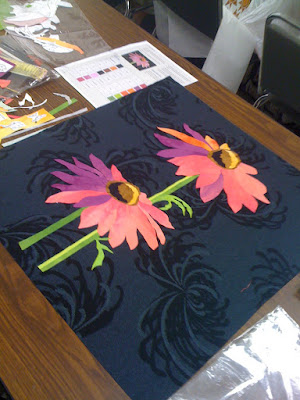 I am on my way to New York to teach for a week at a beautiful retreat, in the Hudson River Valley Art Workshop. I bet it is beautiful in November. There are still some spaces available and I would love to have you there. This is an quilt art workshop which I love to do because I have the time in a retreat to help students to develop there own ideas.
I would never of thought that I would end up teaching and loving it. Its amazing thing to share your ideas with some one and watch how they use it. 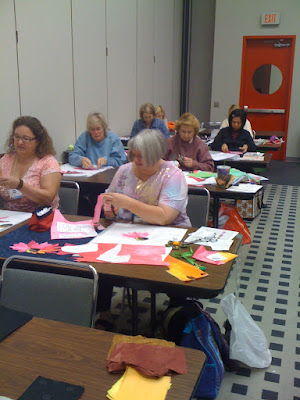 My father is a teacher and a teacher teacher. So why wouldn't I think of teaching. Maybe because I had the idea you have to get good grades in school. Which I had a little trouble with because of my dyslexia. I always understood very well what was going on. i just couldn't put it into the written word correctly. I still can't as you have probably notices if you read my blog regularly.
Thank you God for my computer. 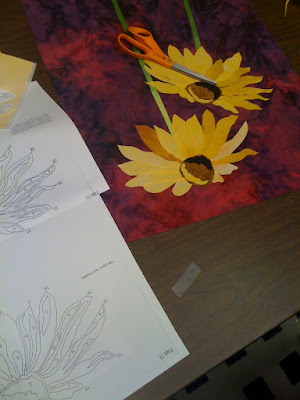 So i am getting ready for my up coming retreat and was just asked to teaching on a cruise to Hawaii. I know Hawaii! I can't wait. So this teaching thing is starting to work out.
I have been working on 3 new patterns for this next year and a 2 new book ideas.
Here are some pictures of my students work from Houston. Hope to see you in the future at one of these events. 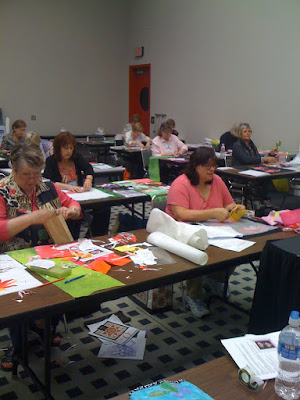 P.S. Thanks for wanting to take my classes and teaching me so much. 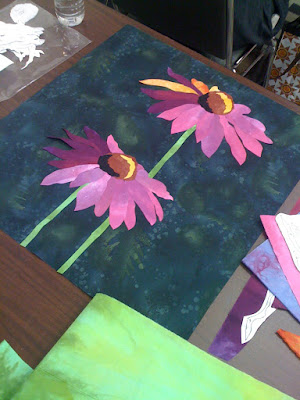 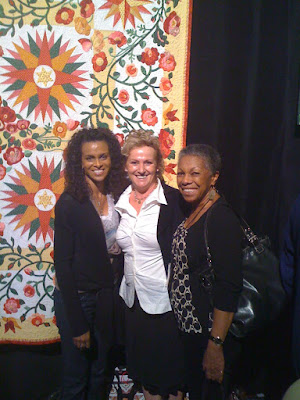 This is my friend Alice and her beautiful daughter. I always see them every year in Houston even though Alice lives near me in Sacramento. This time they introduced me to their friend that just happened to win First Place for Roses of Shenandoah - RITA VERROCA of WESTLAKE VILLAGE, CALIFORNIA . You will be seeing a lot more of Rita. Her designs are great and she is a really nice person. 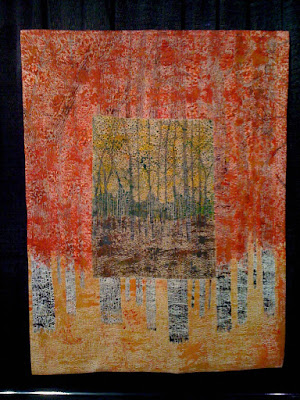 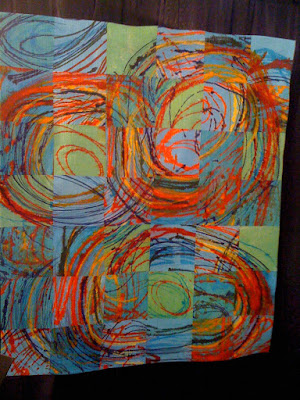 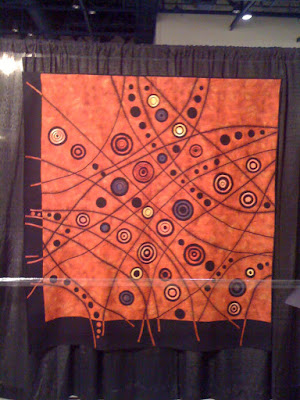 The 3 quilts above are from Prize winning quilts from International Quilt Week Yokohama 2008. They where fantastic. I wish I had taken more pictures. 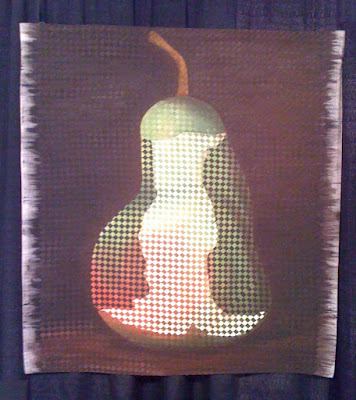 This pear was really cool. I still can't figure out how she did it.
These are just some of the different quilts that caught my eye in Houston at the IQA show.
I didn't take as many pictures as I wanted because I bought the new CD that had all the quilts on it. Well, not all of the quilts, it only had the winners. That was disappointing because we will get our fill of them over the next year including my own but I wanted to see all the other quilts on the CD.
Oh well, here are some that I really liked and was wise enough to take a picture of with my phone. Love the iPhone. 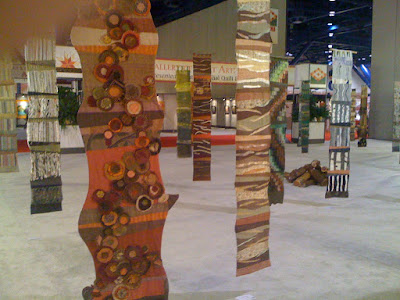 I loved the installation piece from the German guild that lives in the Black Forest. It represents a fabric forest. 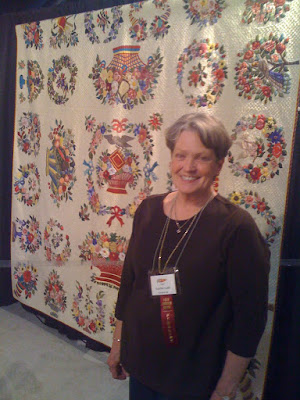 Then there was this Baltimore Quilt all done by hand. It just happens to be the same one I am doing. In fact, on the bottom row is a vase with a flower. That is the same block I put on my Baltimore Album Vase quilt. Mine doesn't look anything like hers. She was a lovely lady and she had done this all by hand. Wow, is right. Can't wait to get mine done. Only I will be machine quilting mine. 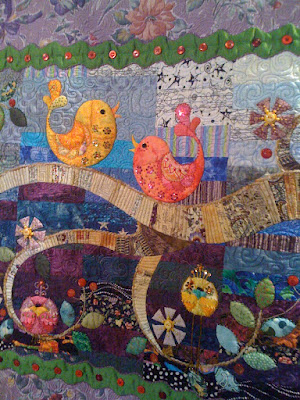 I loved this whimsical quilt. I don't know the maker or the name but those birds are so cute.
Posted by Cutting Garden Quilts at 3:50 PM 1 comment:

Houston and the Shuttle Bus! 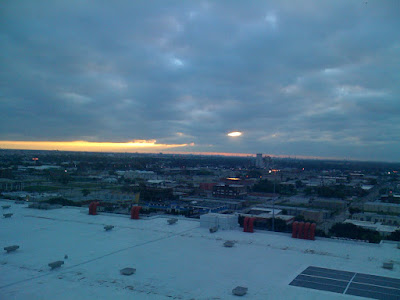 How do I explain the experience of being in Houston? It's an overwhelming experience that has so many fun and interesting turns.
So I will start at the beginning. For those of you who have gone, you know, but for those of you that have never been I will try to paint a picture of the Worlds Largest Quilt Festival.
My journey started with a flight at 0 dark hundred Sacramento time. (I now speak in all military lingo since the kid is a Marine). You go to bed the night before knowing that the morning is going to come too soon. Thinking you could actually get any sleep is a joke. You just lay there in despair. One year I slept with my clothes on. It didn't help - I woke up tired AND wrinkled. The Sac airport had some familair faces but I was so tired I just wanted to get on my flight.

When I arrived in Houston my eyes were somewhat open and now the excitement hits as I wait for my very oversized and now expensive, due to being overweight, bags. I look around and see what I think are other quilters. I don't know any of them. They just look like quilters. 6 of us jump into a shuttle bus that takes us to our hotels. We introduced ourselves. I was right, they where here for the show. One was from corporate Bernina, 2 where setting up the Quilts of Valor exhibit and one looked very familiar. I think she was an editor of a quilting magazine. I am in some very nice company.
As we drive through the airport we stop at another airline to pick up 3 more people. This slim well dressed lady opens the van door and hesitates to get in the van. She not sure she wanted to be squished in between this group of strangers. I didn't blame her, but her husband said "get in" and we said, "we promises not to bite". So she got in.
I can tell right away as they begin to talk , they are probably from New York. We quilters start talking and laughing and soon she become more relaxed. She asked us what we are in Houston for. We excitedly explained about the International Quilt Festival. She had no idea about this quilting thing. I guess knitting is the big thing in New York, but quilting? she says. I explain that quilting is a $4 billion industry. She is blown away. We ask her why she is here in Houston? She is giving a lecture to the Cancer Society. WOW! 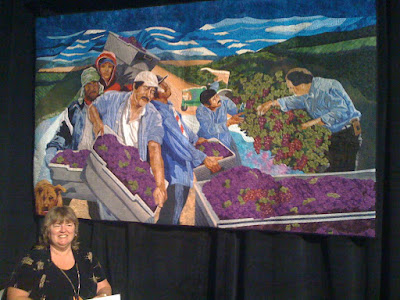 We all stopped, looked at each other, then all at once we share that the quilting industry raises big bucks for Susan G Komen breast cancer research. She is blown away again. She also raises funds for their cancer group and never thought about quilting as a fund raiser. I tell her about the quilt auction and how big it is in Northern California. I think I saw a light bulb go off above her head.
While this is all going on in the front seat, in the back seat with her husband, are the operation officers for the National Quilts of Valor project. They are explaining about their project to honor every wounded veteran returning home from war with a quilt. She then tells her husband, "we have to see this show." I handed her an extra program that I just happened to have. Then we start up again laughing and telling stories. We are just a bunch of stranger in a minivan.
Then the van stops at a hotel and to our surprise, out of the very back of the minivan, is this lone man that has been with us the whole time. We didn't even see him there, poor guy.
I was starting to think this wasn't a shuttle bus at all, but more like a circus clown car. Who else is back there?
We finally arrived at our hotel and all the quilters got out. The once reluctant New Yorkers gave us all big hugs and promised to see the show. I have no doubt in my mind that they did.
In that short 20 minute bus ride from the airport to downtown Houston, 8 strangers and a mystery man became bonded by quilting, war and cancer.
And to think, its just little bits of fabric and thread (and the clown car) that brought us all together.

More adventures to come.
Posted by Cutting Garden Quilts at 9:53 AM 1 comment: 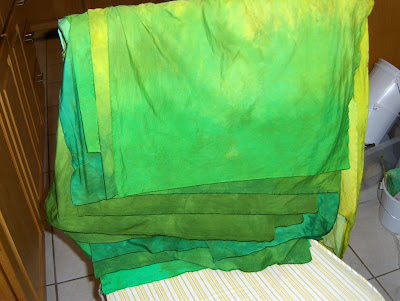 Its been a week of hand dying and painting on fabric. i am getting ready for my classes I will teach in Houston.

The pictures are of some of the fun things I have been playing with and the big mess i have also made. Last night for dinner it was fried chicken with asparagus and chartreuse green fabric on the side. I think Joe is getting use to dying while dinning.

Yesterday I received an Emil from a girl in Ireland asking me about why so many artist are working in fabric now.

The funny thing is that woman have always worked in fabric. If you look in the Bible, the Proverbs woman was a creative woman (Prob 31:10-31) wearing purple cloth (my kind of babe) and made cloths and fine coverings to keep her family warm. She was a quilter.

I explained that the principle of color and design are the same in whatever field of art you work in.

As I lecture and teach around the country I tell my students that no matter what kind of quilting you are doing it is all art and should be approached in the same way to create a beautiful quilt. Some people don’t like to hear that in the quilting world, but it’s true. You can’t tell me that a beautiful Baltimore Album quilt is not art.

I am painting a painting when I create my quilts. I even say, I will be up in the studio painting”. I am using my scissors instead of a paint brush and my fabrics and thread are my paints.

I shared with her that I have been working with fabric and sewing my art, since I was a little girl. I studied art in collage and worked at a fabric store at the same time. I would take trash (which was never trash to me) and make my art pieces at school with the things I found in the trash can at the fabric store. I was doing conceptual art at the time. Most of my piece had a sewing theme. I was also making my first traditional quilt at that same time, all by hand. 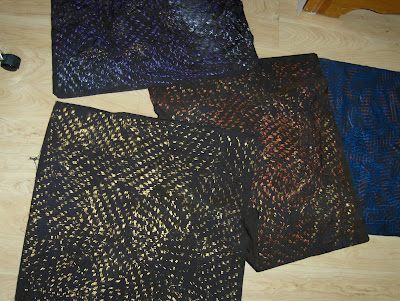 I have also been playing around this week with paint sticks. They are so much fun and so messy. part of my job.

But as I am dyeing i find other things are catching my creative eye. 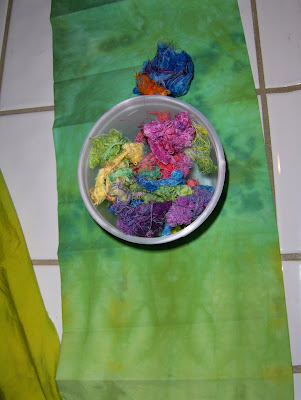 The string balls I get out of the dyers are full of color. what can i do with them? And the paper towels i use to wipe up my counter. Ahhhh! so full of color.

The art of quilting can take so many forms. 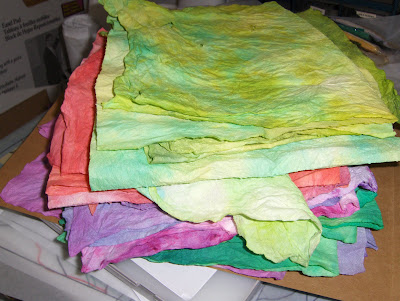 To me the best part of working and creating with fabric as my medium of choice, is that it drapes when it is hangs. It can blow in the wind, can be warped around a child and can wipe away a tear. It can keep you warm and protect you from the sun. It can be shown in a famous museum and hang on the wall in a well appointed dinning room admired by a prestigious crowd. You can't do that with Metal!

Posted by Cutting Garden Quilts at 10:46 AM 3 comments: 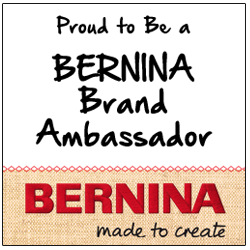 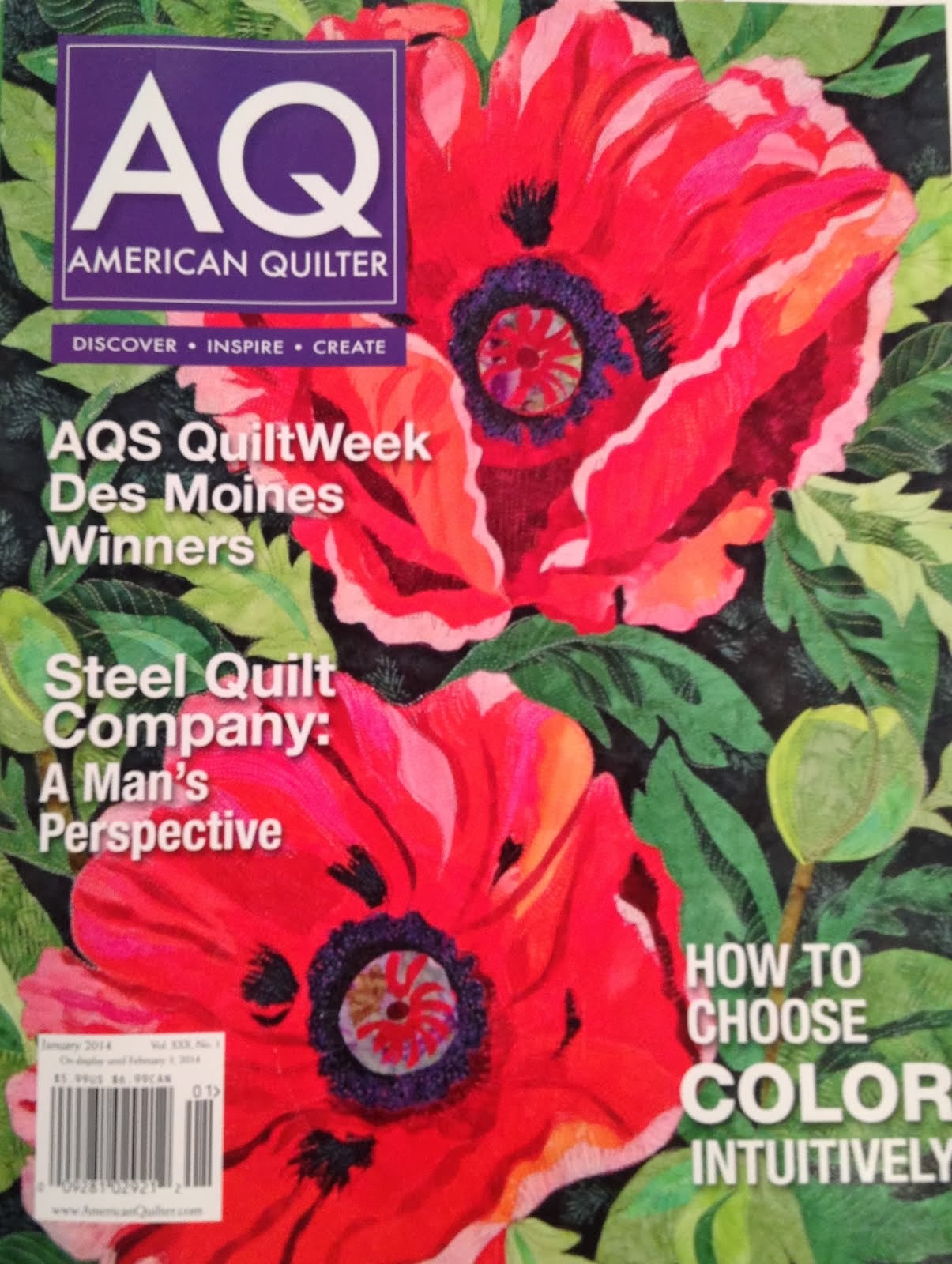 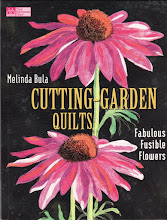 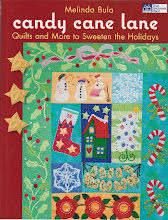 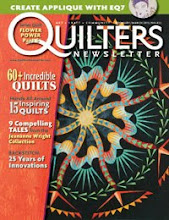 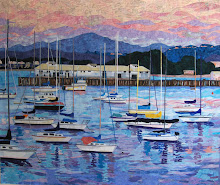 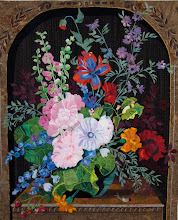 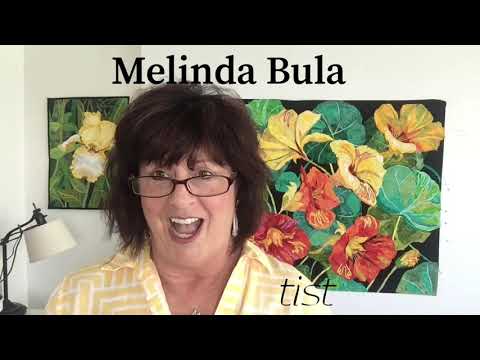 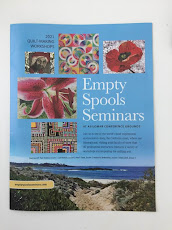